A storyboard is a comic strip that visualizes the sequence of interaction. 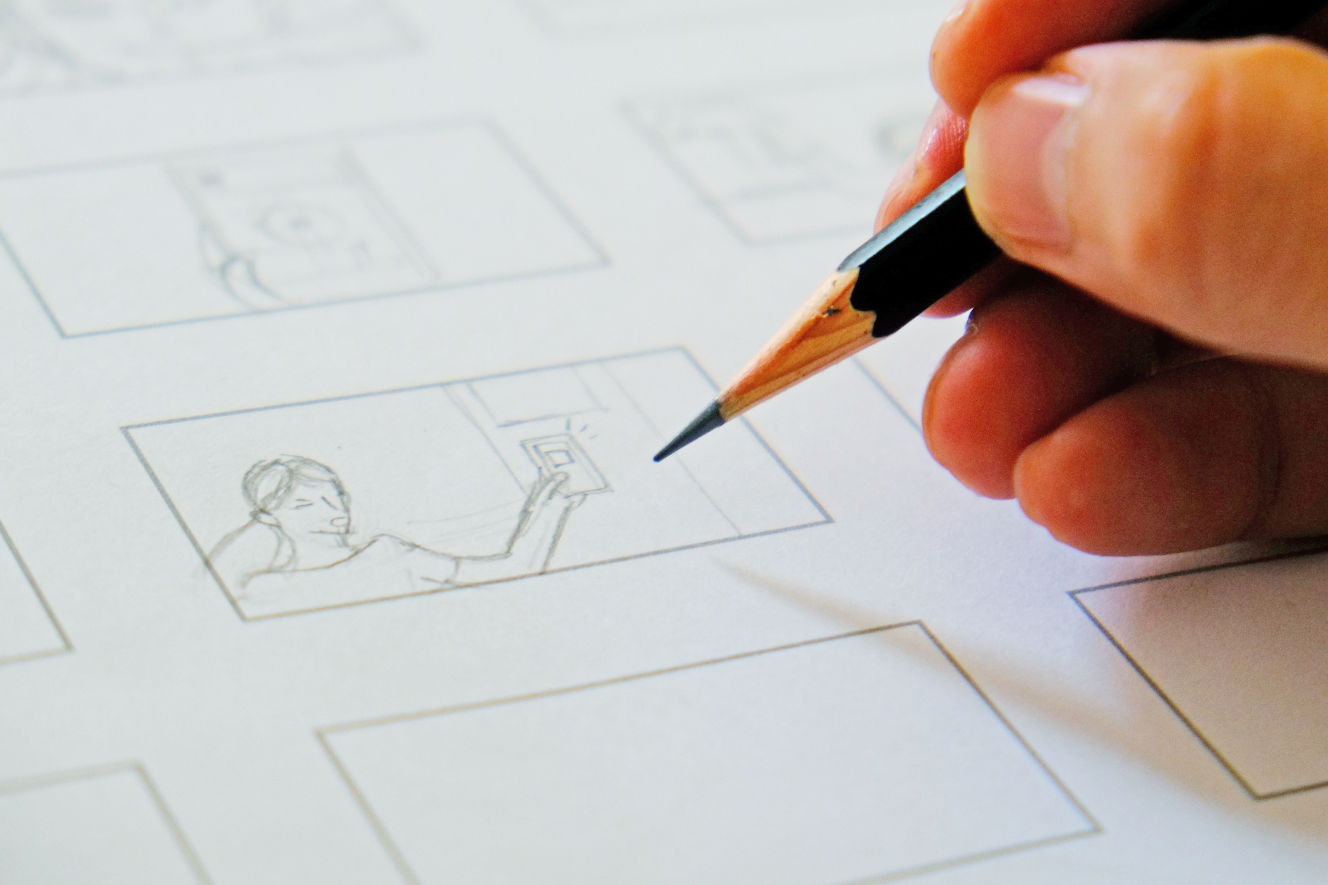 With a storyboard, usage requirements can be sketched out at an early stage of the project. In contrast to Wireframes, which show individual sections of an application, storyboards are used to illustrate an interaction from the user's point of view, usually in the form of a comic. The different steps of an interaction are illustrated. They are used for communication within the development team and ensure a common understanding.

Sketch-like visualization of a sequence of an interaction with the application.

The results from the analysis phase serve as input for the development of storyboards. It has to be decided which interactions are to be visualized and the individual steps of the interaction have to be known. This enables interactions to be drawn in comic form from the user's point of view.

A visual representation is usually more understandable than a textual description of an interaction. They thus serve to generate a common basic understanding within the development team and can prevent comprehension problems. Illustrations of different variants can serve as a basis for discussions, comparisons, and decisions for a variant. Storyboards also provide a good overview of the application and its interactions.

If the representation becomes very detailed and extensive, the effort can be high.