Paper prototypes are a fast and cost-effective way to visualize the basic structure and interactions of an application. 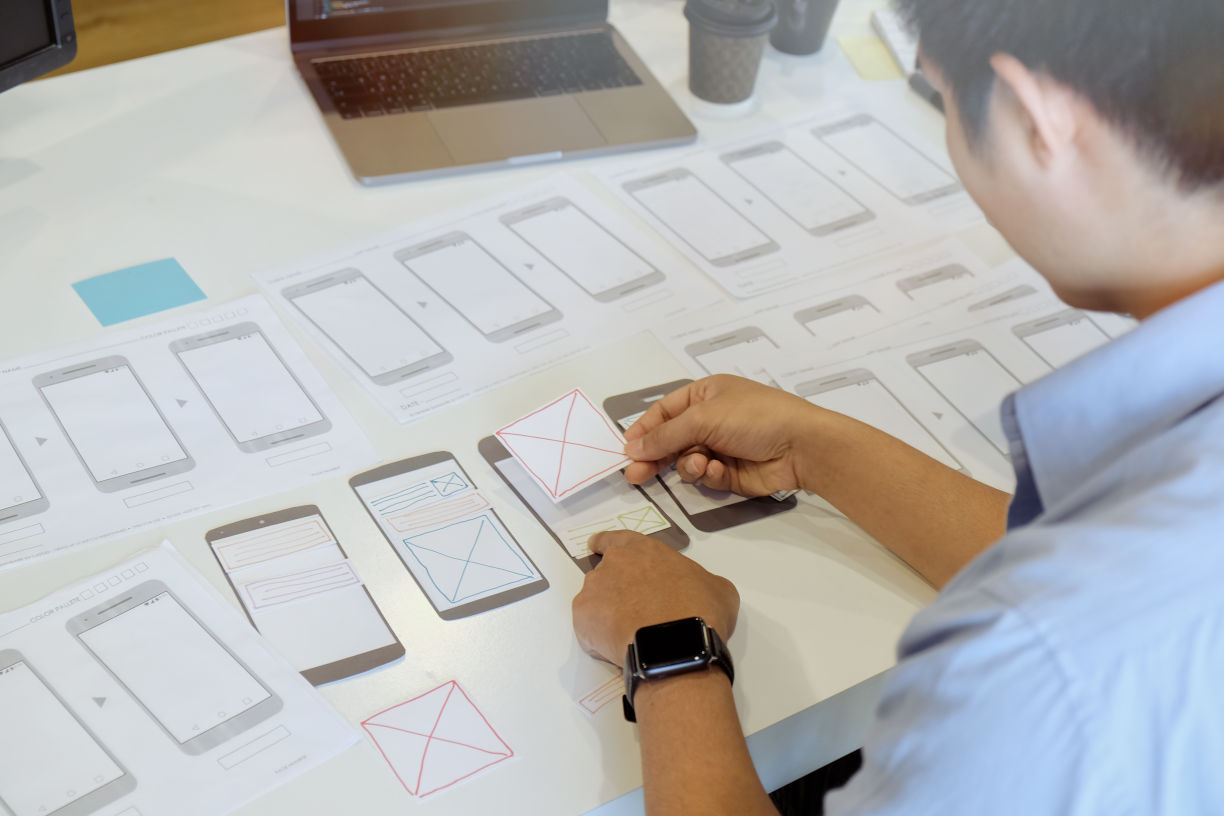 Paper prototypes reproduce the basic structure of the interactive application using paper models. The level of detail is mostly similar to Wireframes but can be higher to increase the realism. Paper prototypes are a type of Low-Fidelity-Prototypes. By using several images or superimposing them, interactions can also be shown. Thus, user tests can already be conducted with paper prototypes.

A replica of the basic structure of the interactive application on paper.

First, you have to choose which part of the interactive application you want to visualize. Then, based on the usage requirements, a paper sketch should be created for each screen. Interactive elements can be drawn as small sections or on post-its. With this paper prototype, a user test can be performed.

Paper prototypes can be produced quickly and cost-effectively. This enables user tests to be carried out at an early stage of the project. Different variants can also be quickly created, discussed or evaluated. No technical knowledge or additional software is required. Like other visual methods, paper prototypes are usually easier to understand than a textual description of an interaction. They thus serve to generate a common basic understanding within the development team and can prevent comprehension problems.

The interaction is not realistic, no system reactions can be shown. A usability assessment is only possible to a limited extent.